All About Subtitling And Captioning 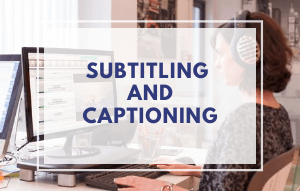 Today, we are going to embark on another feature occupying the centre stage in the lingual industry. While most of us already acknowledge the essence of this feature, we can’t afford to ignore its imminent reliability and ease of use.

When you’re watching your favourite series, or enjoying that intense bit in that thriller drama, you’re glancing at the bottom of the screen from time to time. Words and descriptions matching the speaker, unfold for you to read. Not only it well describes the background of the scene but also aids the viewers to grasp the dialogues and scenarios better.

Subtitles, today has become that very necessity which accompanies almost all video titles out there. All leading streaming services and channels like Netflix, Amazon, Hulu, HotStar; provide you with the option of subtitles. You can turn them on and off at just a click and relish your best-loved titles. If you can’t find that movie that you always wanted to watch in your preferred dub, you can at all times choose subs in your language.

And they are not limited to just movies and serials. Video games, audio and music tracks, lectures and speeches; everything that involves communication could be subtitled. Subtitles have become a versatile choice for millions of international viewers. It’s fast, smart and does its job precisely.

Subtitles age long back to the beginning of the video industry. Back in 1906, when the first full-featured film was released, conspicuous to say it was a silent feature. At that time text cards called intertitles were used to describe the ongoing event. These text/title cards were an indisposable element of the early film industry. They were inserted in between scenes to give a comprehensive picture of the ongoings to the viewers. Filmmakers employed such practices, to bridge the gap between the current scene and the audience in the absence of audio.

As technology developed and incorporating audios became a thing, intertitles were soon rejected. But this posed another problem: If the film were to be released for international viewers, what would they do with the original audio dialogues? One straightforward way was to dub that movie in the targeted language.

But the expenses would be staggering, not to mention the time it would take. Thus, this lead to the creation of modern subtitles that we see today. At those times, filmmakers would stamp subtitles directly on the film strips and rolls! The quality was questionable, but advertently it was a step in the right direction.

With more use of subtitles, came new challenges and issues to resolve for the film industry. One prominent concern was that the subtitles were too fast for the average reader. They would disappear with the next scene, even before the viewer had the chance to complete it.

The solution was to entangle the images of the subtitles with the shots of the film, playing them parallel to each other, using a second film projector. With this, the production team was able to perform a better job at presenting subtitles. They were brighter and stayed on the screens for ample time to read.

However, these methods were too crude to continue. As soon as devices developed and computation entered the industry, so also the new innovative ways to handle texts and display them with each scene. Today as we know it, we can download the required subtitles file from the net and use them in our video players. Media players like VLC, MX player, Adobe Player and similar platforms, all allow the freedom to choose from a variety of subtitles formats.

If you google a particular subtitle file, the most likely for you to get one will be an .SRT file. There are scores of other formats available for different devices and video formats. We also have videos containing burnt-in subtitles, which can be directly viewed without any user input.

Subtitles are another means for localisation of media. Availing different media to new audiences is the ultimate goal of every production house. Since they are so easy to use and reasonably better to develop, subtitles have a wealth of benefits.

Closed Captions and Subtitles for the Deaf and Hard of Hearing

It’s not uncommon for people to suffer from hearing disabilities. Such indifferences can ruin their affairs, especially in the entertainment sector. However, there are captions and subtitles developed exclusively to suit the needs in such scenarios.

SDH (subtitles for deaf and hard of hearing) is the next phase of a comprehensive subtitle service. We must acknowledge that the impaired are not able to render implicit sounds within the scene. Sounds and voices emanating from inanimate objects, or a whimper/whisper of the actor; such fine and low decibel activities are hard to follow. SDH captions and Closed Captions (cc) well depict the scenes with all the little details covered.

In this type of subtitles, the text varies to notify such sounds and movements. There is an explicit description of all the background scenes via subtitles. In this manner, people with difficulties can also grasp the ongoing scene. With the development of subtitles, we have learnt to push boundaries and venture into the lands with different languages. With their ease of use and high reliability, captions are the first choice to localise any e-media.

Why hire a professional firm for subtitling purposes

Though it sounds comfortable, developing and crafting precise and grammatically perfect captions is actually a daunting task. The developer must be familiar with the original audio language and also the final vocabulary of the subtitles. Constructing subtitles is more than just writing down sentences which are being said on the screen.

We must remember the sole purpose of captions in any form of multi-media. Subtitles help the viewers to understand what is being said and what actions are being unfolded before their eyes. Only displaying lengthy sentences in between a movie will ruin the experience.

For any professional agency, it’s their top priority to make their subtitles as user-friendly as possible. Here are some salient features, why you should look for a veteran team for creating personalised subtitles.

Get our weekly updates for more. 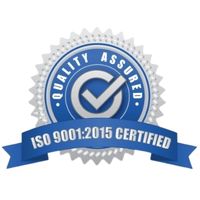 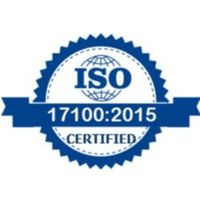 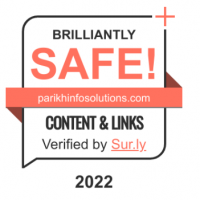